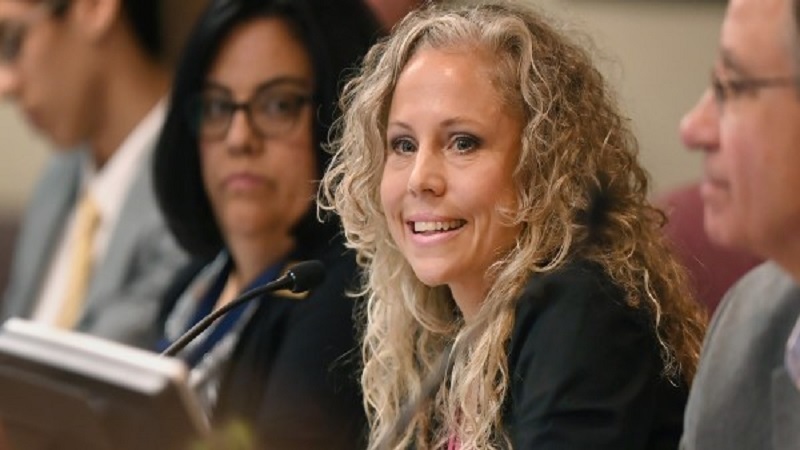 In the Republican primary for state Senate District 25, former U46 school board member Jeanette Ward easily won the nomination over Beth Goncher.

Ward accumulated 60 percent of the vote to Goncher’s 40 percent.

In a You Tube video posted earlier this month, Ward spoke about her platform.

“When I served on the largest elected school board in Illinois, I voted 'no' on every increasing tax levy and budget. My opponent has never been elected,” Ward said.

In November, Ward will face Democrat Karina Villa, a first-term member of the Illinois House.

According to the Illinois State Board of Elections, Villa’s major campaign contributions include $45,000 from the Chicago Laborers' District Council (LIUNA), and more than $70,000 from the International Union of Operating Engineers (IUOE), both of which represent construction industry workers.

The IUOE also donated to Goncher in the primary race, according to a report in the Kane County Reporter.

Among Ward’s largest contributions is $5,000 from Friends of Jim Oberweis and $5,800 from Richard Uihlein, the CEO of Uline Shipping.

Oberweis has held the District 25 Senate seat since 2013; in Tuesday’s primary he won the Republican nomination for Illinois' 14th Congressional District.

On her campaign website for the District 25 seat, Ward highlights four key points:

- Life: “Illinois has the most radical abortion law in the country, brought to you by Democrats (my Democrat opponent was a co-sponsor) and Planned Parenthood. Like President Trump, I will protect life.”

- Liberty and Sound Fiscal Policy: “I will protect freedom and work to ensure lower taxes. The ‘Fair Tax’ is anything but ‘fair’ and gives the legislature a blank check to raise taxes on families, who are already leaving Illinois in record numbers, and the nearly insolvent pension system must be reformed.”

- Parental Freedom: “The Illinois legislature has mandated that public schoolchildren be taught LGBTQ history, in violation of parental freedom. I support school choice. We need leaders who will protect children, not cave in to political correctness.”

- The 2nd Amendment: “My Democrat opponent voted for the controversial ‘Fix the FOID’ bill. I will defend the rights given to us by God and expressed in the U.S. Constitution.”

Ward’s candidate profile, posted on the Daily Herald, notes she graduated from Penn State with a degree in Environmental Resource Management, and also holds two master’s degrees. She and her husband have two daughters.

Speaking about her work as a U46 board member, Ward said, “I fought for many of the issues for which my constituents elected me to represent them, such as opposing the deconstruction of biological differences between men and women in access to private spaces and sports participation, better curriculum that avoids the presentation of one side of an issue as opposed to a full discussion of ideas to promote critical thinking, and strongly opposing a fellow board member who stated that the American flag was nothing more than toilet paper (who set a poor example of citizenship for our students). I also firmly opposed tax increases and voted no on every increasing budget and tax levy, particularly in the wake of declining student enrollment.”

Want to get notified whenever we write about LABORERS DISTRICT COUNCIL OF CHICAGO ?

Sign-up Next time we write about LABORERS DISTRICT COUNCIL OF CHICAGO, we'll email you a link to the story. You may edit your settings or unsubscribe at any time.