Illinois state Rep. Dan Ugaste (R-Geneva) is sponsoring a bill that targets flavored additives in electronic cigarettes and other vaping products, arguing that the growing industry should undergo the same scrutiny as tobacco did in years past.

“It seems that e-vaping has evaded much of the scrutiny that other types of smoking have gone through,” Ugaste told the Kane County Reporter. “Those are the things that go after kids. You want to sell a product to an adult who can make an informed decision, that’s fine. But you’re targeting children and I don’t think that’s the way to approach something like this. That’s an adult commodity.”

Ugaste is one of the sponsors of House Bill 3887, which is aimed at banning flavored e-cigarette products on a statewide level. Introduced by Rep. Grant Wehrli (R-Naperville), the bill would create the Flavored Tobacco Ban Act, prohibiting the sale of flavored e-cigarette and nicotine products. 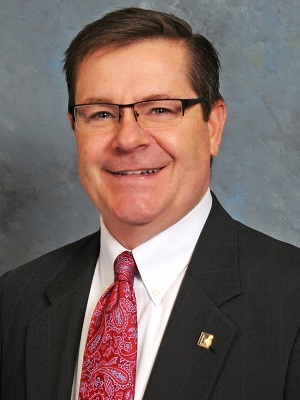 The state’s proposed ban on flavored vaping products comes after almost 400 people have been hospitalized with respiratory issues from using such devices, several of whom have died. To date, Illinois and Wisconsin have seen the highest number of vaping cases, with Illinois recording the first reported death.

In early September, Chicago Mayor Lori Lightfoot called for a ban on flavored e-cigarettes just days after President Donald Trump did the same on a national level.

“I want to see the targeting of young kids end,” Ugaste said. “You want pass a law to do that, I’m very happy to do something like that. As for the idea of e-cigarettes in general, I would like to see more studies done and more investigation. I don’t know that we know a lot about this. It’s like many things these days where we’re looking at them without having a lot of information.”