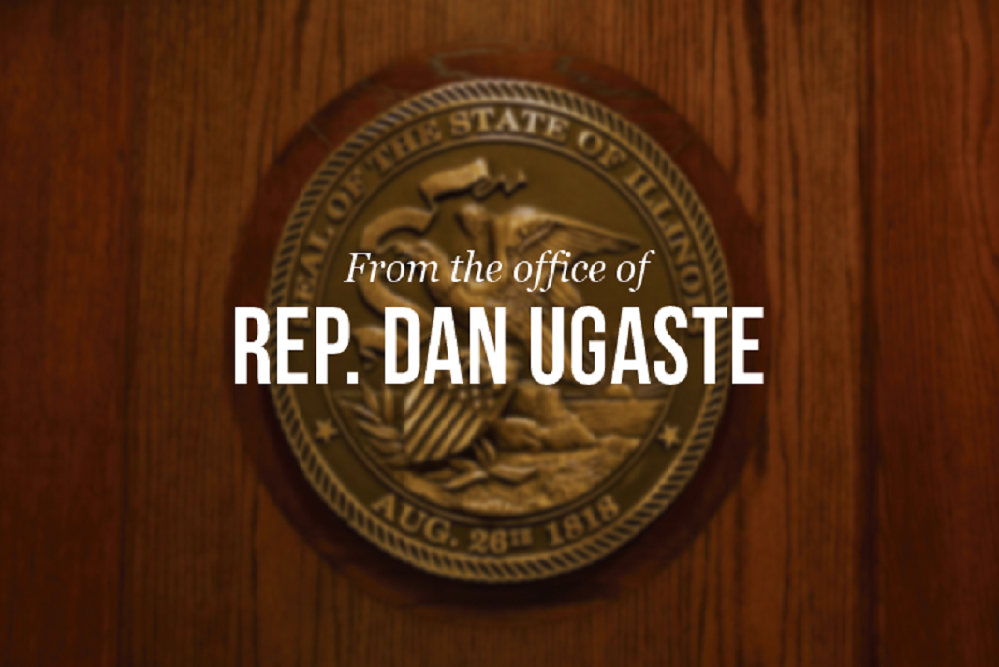 As a first step in the process to restoring public trust, HB 361 dramatically increases the fines legislators face for engaging in numerous restricted activities and for violations of legislator rules of conduct. Wehrli also noted several other pieces of ethics reform legislation that has been filed in recent years, but never received full consideration by the General Assembly.

House Joint Resolution 87, the resolution to create the State Ethics Task Force, was filed in the lead-up to the Fall Veto Session. The Task Force will be comprised of nine members: Member of the Governor’s Staff or the Lt. Governor and two legislative members appointed by each caucus leader. The Task Force has a limited time frame to accomplish its work, with findings and a final report recommending legislative changes to the Governor and General Assembly due within ninety days following passage of this joint resolution.

House Republicans call for Arroyo’s resignation, file petition to remove him from office. Following a day that saw both House Republican Leader Jim Durkin then Speaker Michael Madigan call for resignation of State Representative Luis Arroyo (D-Chicago) after news of federal bribery charges, a Special Investigating Committee Petition aimed at beginning the process of removing Arroyo from office in the Illinois House was filed.

House Rule 91 was invoked in initiating a Special Investigating Committee, the first step in the process for House members to remove a duly elected fellow House Member from office.

The Petition was called for earlier in the day by Republican Leader Jim Durkin unless Arroyo resigned his office before the end of the day. When that resignation did not occur the Petition was initiated to appoint a six-member bipartisan Special Investigating Committee toward reprimanding their colleague.

Arroyo was arrested on October 25, 2019 on a federal bribery charge following an investigation by the Federal Bureau of Investigations (FBI). According to the charge, Arroyo allegedly offered a $2,500 bribe to a current sitting State Senator in return for support of Sweepstakes legislation. There was an expectation that this payment would be the first of a series of payments to the Senator in exchange for his vote. The Senator, who worked as a cooperating witness for the FBI is also expected to be charged with filing false income tax returns and apparently wore a wire on behalf of the FBI in exchange for consideration on his own federal charges.

The legislation, House Bill 3947, would ban members of the General Assembly, their spouses, and immediate live-in family members from performing paid lobbying work with local government units. Currently, members of the Illinois General Assembly – state representatives and state senators – are prohibited from lobbying the State of Illinois, but are not prohibited from lobbying local government units, such as a counties or municipalities.

On Friday, October 25, Democratic State Representative Luis Arroyo of Chicago was arrested by Federal agents for attempted bribery of a public official. Arroyo works as a registered lobbyist with the City of Chicago in addition to his duties as a state representative. According to the United States Department of Justice, Arroyo attempted to bribe an unnamed state senator $2,500 per month in exchange for supporting legislation that would benefit one of Arroyo’s lobbying clients. If convicted of the corruption charges, Arroyo faces up to 10 years in prison.

If HB 3947 were law prior to Rep. Arroyo’s attempted bribery scheme, he would have been precluded from performing paid lobbying work on behalf of his client while serving in office.

Mayor Lori Lightfoot’s new tax demands receive lukewarm response from General Assembly. The tax demands included a proposed new transfer tax on higher-value real estate. Transfer taxes are paid on each transaction, which means that the buyer pays more and the seller gets less than would otherwise have been received. The Lightfoot transfer tax proposal would impose a “progressive” tax upon higher-value parcels of real property.

Critics of the proposal pointed out the vital nature of Chicago property values and real estate redevelopment to the overall economic climate of the city. The proposal was slated to generate $125 million in tax revenue from buyers and sellers in 2020, making this an essential slice in the closing of Chicago’s current $830 million annual budget deficit. However, the city of Chicago must have the consent of the State to impose this new tax structure upon real estate transactions.

Bill to ban sweepstakes machines. Sweepstakes machines are devices that give out tiny prizes if you put money into them – but the prizes are different from play to play. In many locations throughout Illinois, there is a “street understanding” that the machines, if they are played within the line of sight of a worker of the place where the machine is located, can be played like slots and some (not all) of the tiny prizes can be presented to the worker and redeemed for real cash. These “street slots” are set up in cities and towns, like Chicago, where video gaming terminals are banned by law. Unlike video gaming terminals, sweepstakes machines exist in a gray market. They are not inspected by authorities, their owners are not licensed, and they do not pay taxes to the State or to local governments.

Illinois House votes to allow endorsement deals for college athletes. The provisions of HB 3904 will move towards ending amateurism in U.S. college athletics. Under the traditional principles that have governed this branch of American sports, athletes get college scholarships. They voluntarily relinquish cash pay as part of their learning experience and to gain skills in teamwork for the future. Experts believe that only a tiny minority of college athletes will enjoy any financial benefit from the right to sell their names and likenesses to commercial sponsors.

The measure would become fully effective in 2023. Proponents of the measure assert that it will allow college athletes, including athletes in sports sponsored by the National Collegiate Athletic Association (NCAA), to sign contracts that maintain control of their personal identities. If this bill becomes law, these student-athletes will begin to enjoy the right to sell their names and images as they pursue their education. California has enacted a similar law.

The Illinois House debated HB 3904 on Wednesday, October 30. The vote was 86-25-3, sending the measure to the Senate for further consideration. Many of the people that this bill looks at are legal minors who do not yet have the right to sign contracts on their own, and this measure may have to be amended in a way that will require the House to vote on it a second time.

Local police/fire pension consolidation. The Illinois Pension Consolidation Feasibility Task Force has issued a report and recommendation intended to reduce the burdens of police and firefighter pensions upon Illinois property taxpayers. A greater and greater share of Illinois’ property taxes paid to local units of government is going to maintain the independent operations of the 650 pension funds that pay benefits to disabled and retired Illinois local police officers and firefighters.

The Task Force report, looking at the ways similar service benefit programs operate in other states, recommends that all of these police officer pension programs and all of these firefighter pension programs, other than the programs operated for these service responders in the city of Chicago, be consolidated into a single agency that can be managed statewide. Consolidation will reduce the administrative burdens of operating more than six hundred separate pension-fund managements. Each pension fund will maintain separate accounts within the consolidated agency, under conditions similar to those operated by the Illinois Municipal Retirement Fund IMRF). The IMRF is an independent statewide agency that looks after the pensions of local government employees who are not police/fire service responders. The IMRF’s performance is generally praised: it is the one large Illinois public-sector pension agency that has not run a massive deficit.

The Task Force’s report and recommendation was discussed this week by Illinois House and Senate members during their session in Springfield. Continued discussion of this issue is possible in November.

Want to get notified whenever we write about Illinois State House District 65 ?

Sign-up Next time we write about Illinois State House District 65, we'll email you a link to the story. You may edit your settings or unsubscribe at any time.